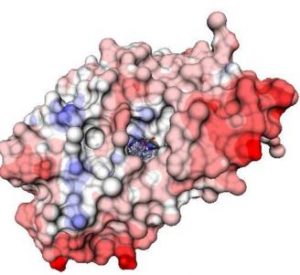 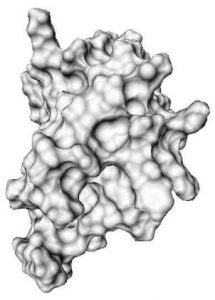 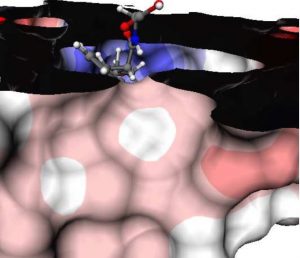 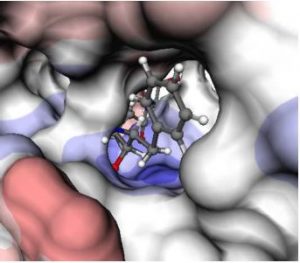 This immersive analytics system is used to support chemists in the analyse of ligand-receptor interaction study. Using a FishTank VR display, macromolecules are represented via the solvent extruded surface model. Color is used to encode an additional attribute, e.g. electrostatic charge. Moreover, users are given the ability to select a substructure of the macromolecule which will start to emit a sound to help to localize it even if it is not directly visible.

To manipulate the camera view a wand is used to allow panning and rotation, for other interaction such as selection a normal mouse is used. The system has been built for synchronous collaboration by placing both user in front of the large screen, allowing direct talk. However, only one user benefit from the head tracking making pointing gesture cumbersome to use.