2017 - More Than Blips on the Radar : Exploring Immersive Visualization for Maritime Decision Making 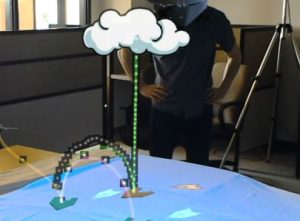 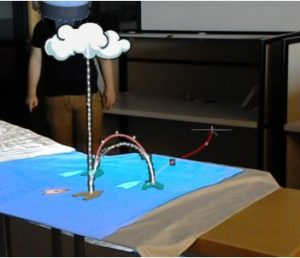 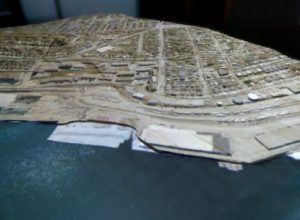 The main goal of this immersive analytics system is to help fighting against maritime smuggler by making it easier to coordinate coalition of ships on a specific shore. To do so a tangible representation of the shore combined with augmented reality headset to add in real-time the position of ship and drones in the region of interest is used.

By gazing at element and pressing the clicker button, details of the selected object appears visible on top of it. The system is also built to support collaborative session where user can join or leave when they want. Each user has its own augmented reality view allowing him to display detailed information without disturbing other user but since all headset use the same reference frame, i.e. the tangible representation, pointing gesture remains an efficient way of communicating.